How Does Sermorelin Work?

Video Stream: How Does Sermorelin Work

The most commonly asked question about Sermorelin is whether or not it works and how it works. For decades, some people have been calling it a kind of medical miracle. But that's a bit of a hyperbolic stretch.

Yes, it does work, and it starts working directly in the brain the moment you inject it subcutaneously into your body with an 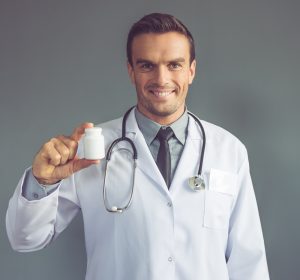 Sermorelin has been touted by some physicians as an anti-aging wonder, even if this is not an approved description of this medication.

Like their doctors, many patients have called Sermorelin the anti-aging fountain of youth. However, the truth be known: there is no magic potion for anti-aging and human longevity just yet; that is at least until the human genetic revolution comes in the next 20 years or so.

It is thought that in some 20 years, there will be a medical revolution delivering full-blown stem cell therapy, gene therapy, and nanomedicine therapeutics that will completely change what it means to be human.

But until then, Sermorelin holds some promise of treating age-related symptoms in other ways that are less science fiction.

Sermorelin Acetate injections work by communicating with the garbanzo-, or green pea-sized pituitary gland in the center of your brain. This secretagogue, in turn, is like the "on" switch for flooding the body with GH (Growth Hormone) -- for a short time -- until somatostatins tell the pituitary gland to shut off.

It is the growth hormone released from your brain via the pituitary gland into your bloodstream that makes its way to the liver where it is metabolized. Finally, your liver releases Insulin-like Growth Factor One (IGF-1) or the substance is also known as somatomedin C.

It is IGF-1 that stimulates the regeneration and growth of cells in the human body. Thus Sermorelin begins its function in the brain and then works throughout the entire body via a cascade of hormones.

Sermorelin works by mimicking the molecular structure of Growth Hormone-Releasing Hormone (GH-RH), which is usually produced by the hypothalamus of the brain.

GH-RH is a secretagogue, which means it's something that stimulates something else to be released in the body. In this case, GH-RH stimulates HGH.

Whereas GH-RH has a molecular structure of 41-44 amino acids, medical scientists found that only 29 of those molecules are bio-active, meaning you do not need all 44 amino acids -- the first 29 of them are sufficient ingredients to make Sermorelin work.

This means that 15 molecules are extra and unnecessary ingredients to get the job done by switching on the somatroph cells in the anterior of the pituitary gland.

Moreover, this is good news, because that means it's more accessible to make and affordable to produce Sermorelin. Creating growth hormone-releasing hormone, or human growth hormone is relatively expensive by comparison due to their higher complexity.

This is why the cost to buy or obtain Sermorelin is a fraction of the price of HGH. This price difference could be considered one of the many benefits of Sermorelin Acetate due to the financial constraints of some people. Growth Hormone is expensive; it can cost one to two grand a month if the deficiency is high.

Fortunately, the vast majority of patients can get by on low doses.

When Doesn't Sermorelin Work in the Brain?

If Sermorelin is injected into your body during a standard protocol, and your 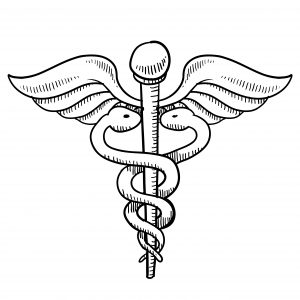 HGH / IGF-1 levels do not increase (measured in blood tests), this means your pituitary gland has a functional problem.

There are a number of different generic terms used to diagnose this condition: Adult Growth Hormone Deficiency (AGHD) and hypopituitarism, but these diagnoses can also include an entirely different set of problems. An example is that your hypothalamus is not working properly to release GH-RH and therefore not stimulating your pituitary gland to pump out growth hormone.

One cause of AGHD could be the result of a malignant or benign tumor on the pituitary gland, or other factors including the somatroph cells in the anterior portion of this gland are not responding to stimuli because of faulty functional issues arising in them.

If you have seen abnormally tall people in your life, they are likely suffering from hyperpituitarism, gigantism, or acromegaly. An example of someone suffering from these kinds of medical conditions was the character "Jaws" (Richard Dawson Kiel) from the James Bond movie. Mr. Kiel was seven feet tall.

Sermorelin and Pituitary Gland Function in the Brain

When you inject Sermorelin into the adipose tissue of your belly or love handles, it slowly trickles into your bloodstream. From there it circulates through the whole body and makes its way to your brain. That is when and where the pituitary stimulation cascade first begins.

The pituitary gland typically can release HGH throughout your entire lifespan when adequately stimulated.

This means that whether you are in your 40s or 90s, your pituitary gland can work properly in your brain when sufficiently stimulated with a secretagogue like Sermorelin or GH-RH.

If your pituitary gland is not working correctly within your brain's synergy, there may be a physiological problem necessitating an MRI scan and other pituitary stimulation tests. These tests can determine whether you have primary or secondary hypopituitarism.

Typically the cause of Growth Hormone deficiency is the result of the diminished release of GH-RH by the hypothalamus located at the center of the brain behind the pituitary gland.

Less often, there is a direct problem with the brain's pituitary gland that causes HGH insufficiency, AGH deficiency, or hypopituitarism. Adult Growth Hormone Deficiency Syndrome is a real diagnosis and not some trendy marketing term like Low-T is for hypogonadism.

Endocrinologists often like to prescribe a three-month trial program of Sermorelin therapy to see how well their hormone deficient patients perform on them.

Typically you will do the injections between one hour and 15 minutes before you go to sleep. The dose is usually 100 to 300 mcg (depending on height, age, weight, and other factors), but more often, 100 to 200 mcg is a typical dose. 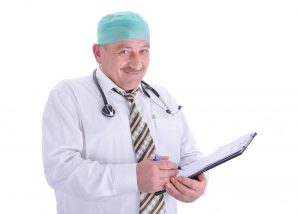 Acetate because this causes it to work under the best circumstances.

Any type of carbohydrates, sweet drinks, or sugary food you might eat before you go to sleep could interfere with your body's ability to process it.

Sermorelin works best at nighttime before you sleep, and patients report that they wake up refreshed in the morning.

Concerning Sermorelin and Diet: Avoid carbohydrates, sweets, snacks, fruit juice, candy, ice cream, or any junk foods you might consume in the evening because these items can cause an insulin spike which can counteract the effects of growth hormone release.

The best way to use Sermorelin Therapy is with a tinge of hunger. The optimal diet strategy for Sermorelin is to try to get all your calories in an 8-hour window during the day and then fast for the remaining 16 hours.

During this fasting, at least 8 hours should be devoted to sleep. Yes, sleeping can be considered a form of fasting if you go to bed on an empty stomach with a slight burn of hunger.

Sermorelin and Blood Testing for IGF-1

If, after a 3-month Sermorelin program, your IGF-1 levels do not increase concurrently, physicians can implicitly determine that your brain is the problem; specifically, your pituitary gland has difficulty being stimulated to release HGH.

In this circumstance, a physician will then prescribe you a 3-month human growth hormone program. If your IGF-1 levels still do not increase, then the problem is that your liver might not be processing the HGH correctly.

So is your GH deficiency the result of your hypothalamus, your pituitary gland, or your liver?

Why is Sermorelin Acetate better than HGH Injections?

There are certain advantages to stimulating your brain with Sermorelin to increase its own natural production of endogenous (internally made) HGH versus injecting HGH directly exogenously (from the outside) into the body subcutaneously.

Thus, unlike injecting exogenous (external or from the outside) rhGH (recombinant Growth Hormone), a possible overload of internally-created (endogenous) Growth Hormone is much less likely to happen with Sermorelin versus GH.

To state it another way, stimulating your pituitary gland and then your body telling it to turn off when it needs to -- works better for the body than the other option of flooding your body with an external 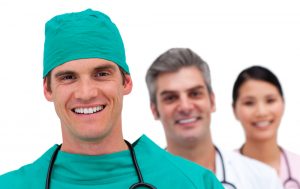 source of HGH via shots.

Because of how Somatostatin and Sermorelin interact, causing the pituitary gland to release human growth hormone in an episodic manner is congruent with the body's natural approach, resulting in it working better physiologically versus someone injecting a different hit of HGH.

This is why Tachyphylaxis is less likely to happen with Sermorelin because the pituitary release of HGH does not look like a square wave, but a normal curvy sign wave, thus it is more parallel with normal physiology.

Sermorelin has a superior safety profile compared to HGH, given how it works as a GH-RH-class secretagogue. So ultimately, Sermorelin works quite well in doing what it is meant to do, which is treat GH deficiency.

According to Dr. Walker, "Sermorelin promotes pituitary genetic transcription of HGH messenger RNA, increasing the pituitary reserve and thereby preserves more of the growth hormone neuroendocrine axis, which is the first to fail during aging (Walker et al. 1994)". 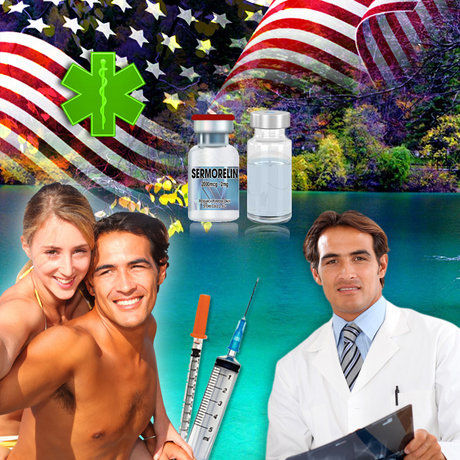