Sermorelin – The Next Level of Growth Hormone

Video Download: Sermorelin The Next Level Of Growth Hormone Part 1

Video Stream: Sermorelin The Next Level Of Growth Hormone Part 1

Video Download: Sermorelin The Next Level Of Growth Hormone Part 2

Video Stream: Sermorelin The Next Level Of Growth Hormone Part 2

Human Growth Hormone (HGH). It's in the news so often that you would need to be living in a cave to have never heard of it. Professional athletes have used it to enhance 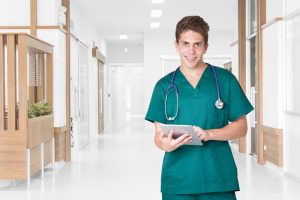 their performance...and often paid the price when they were caught.

Movie stars and regular folks alike have used it in an attempt to regain their youth. And the demand is still strong. Why? Because HGH works!

Think about this. If HGH didn't work, why in the world would it be banned by most, if not all, significant sports sanctioning bodies? Why is it only available by prescription? And why is there so much stigma attached to its use?

The answer to these questions is simple: HGH is a robust method of restoring your body to its youthful vibrancy.

From watching in awe as the pounds of blubber melt away to see your strength and energy levels skyrocket, enjoying consistently good nights of deep, restorative sleep for the first time in many years, and taking delight in your newly returned roaring libido that has finally emerged from its deep slumber, HGH can seem like a miracle.

But It's Not That Simple

Remember this: even though HGH is touted as an anti-aging treatment, it is available legally only by prescription, and is only intended to be prescribed to correct severe hormonal imbalances that often result in dwarfism. Also, there may be side effects associated with HGH replacement therapy, including...

It is essential to understand that these side effects, while possible, are somewhat rare. However, they do occur, and if you are afflicted by any of them, it doesn't matter that they are rare.

If all of this weren't enough to warrant caution when contemplating HGH replacement therapy, here's still another consideration: HGH is becoming increasingly harder for doctors to prescribe.

Physicians are increasingly under pressure from the Food and Drug 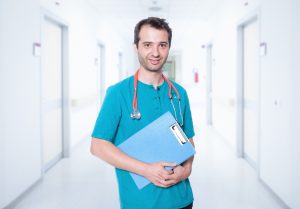 Administration (FDA) to only prescribe HGH to those with a genuine hormonal deficiency, and not those who are looking for an additional tool in the battle against aging.

The result of all of these developments has forced some people to consider alternatives to HGH.

So this begs the question: is there something else, anything else, that can similarly deliver the benefits of HGH without the risk of side effects?

The Answer is YES! Introducing Sermorelin

In the last decade, Sermorelin has been slowly emerging as a viable alternative to HGH treatment. Sermorelin and HGH are closely related, but there are a few differences. Let's first take a detailed look at what Sermorelin is, then how it differs from regular HGH.

GH-RH is known as a precursor hormone, which means that it stimulates the release of primary hormones that our bodies use. The function of GH-RH is particular: it signals the pituitary gland to produce growth hormone.

Sermorelin is a derivative of GH-RH, and both of these molecules have the same elements. The scientific name for Sermorelin is GH releasing Hormone 1-29 NH2-Acetate.

This is because Sermorelin shares the first 29 amino acids with GH-RH. This is important because medical researchers have discovered that these 29 amino acids are the active and functional component of the GH-RH molecule.

This is important because it explains why Sermorelin works. Both GH-RH and Sermorelin are secretagogues, which means they belong to a class of biological/chemical agents that stimulate the release of growth hormone.

As a result, Sermorelin has a similar effect on the body as Injectable HGH: it increases the levels of HGH in the body. 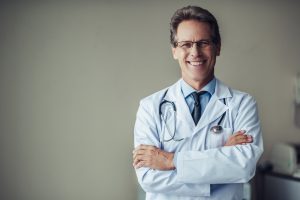 Even better, Sermorelin is a more efficient, natural method of raising HGH levels in our blood.

Why? Merely this: Injectable HGH replacement therapy can slow down and suppress the normal functioning of the pituitary gland. In contrast, Sermorelin boosts pituitary activity naturally.

Another thing to consider when comparing HGH with Sermorelin is this: Sermorelin is regulated by the hypothalamus gland, which makes it extremely difficult, if not impossible, to overdose on Sermorelin.

This is because Sermorelin is controlled by other aspects of the body's natural hormone production, like somatostatins. This means that the body can easily recognize when Sermorelin GH-RH activity is too high, and lower the hormone's action. This is not always the case with HGH.

Still another benefit of Sermorelin is that it raises growth hormone levels for quite some time after you stop using it! Think about that. Eventually, you will need a maintenance dose. But that's far better than having to undergo injections of HGH continually.

As mentioned earlier, physicians are facing more and more hurdles when prescribing HGH. Much of this is due to the abuse of HGH as a Performance Enhancing Substance by athletes, especially track competitors and baseball players.

This abuse became so public that eventually the United States Congress swung into action and placed HGH on the list of controlled substances, which substantially restricts a doctor's ability to prescribe HGH.

Most, if not all, prescription drugs can be prescribed “off-label” by a licensed physician. 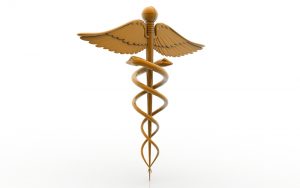 What this means is that it may be prescribed for a patient that has a need that is not explicitly treated by the drug being prescribed.

But in the judgment of the doctor, the drug can help the patient, so the doctor can use discretion and write the prescription. This was how HGH was used legitimately and legally for anti-aging purposes.

However, That Was Then...

And this is now. When concerning Bio-Identical HGH, it is a controlled substance, and can therefore only be prescribed legally for FDA-approved uses. As of May 2015, there are only three uses:

And that's it...that's all she wrote. And your physician could land in dangerous legal hot water for prescribing HGH “off-label," and anyone caught in possession of HGH without a prescription could be facing some serious legal consequences.

While the intentions of the law are right, the fact remains that many people who are borderline deficient may not be able to receive HGH legally, since doctors now are forced to err on the side of caution. Sad and unfair, for sure. But that is the reality that we are facing, like it or not.

One other thing to think about. Due to these increased regulations, the government has unwittingly developed a thriving black market for HGH. There are many options available to purchase HGH illegally, without a prescription.

THIS IS NOT RECOMMENDED. Unlawful possession of a controlled substance is a felony at both federal and state levels, and the penalties can be both substantial and severe. 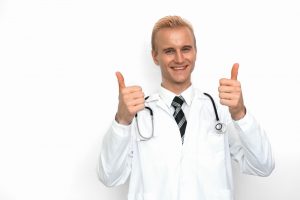 weigh the risks/reward ratio, it just doesn't make sense to go through the black market for HGH.

And it's not just the legalities, as draconian as they may be.

There is also the risk of buying a product from an unknown source, whether from a street dealer in America, or a lab from a third-world country overseas. For starters, there is no way...absolutely no way...that you can ascertain the quality of black market HGH.

Many street HGH dealers mix their products in their homes, similar to methamphetamine cooks, with little to no concern about the safety of the product or the cleanliness of the operation.

It's the same situation when importing the product from overseas. There is no way to determine if the manufacturer is abiding by even the minimal standards of quality control.

The name of the game is profit, and while the product may be “clean” from a pharmaceutical standpoint, the fact remains that you are playing Russian Roulette with your hard-earned money and your precious health. Don't go there, period.

However, This Makes Sermorelin a More Suitable Option

Faced with the above obstacles, it would be understandable to throw in the towel and give up on boosting your growth hormone levels. But don't give up.

Fortunately, Sermorelin is not subject to the same intense scrutiny and regulation of HGH. As mentioned earlier, Sermorelin does not come with the same risks of HGH. And there is another reason that Sermorelin is more accessible to obtain.

“More is better” is a common refrain among professional athletes.

There have been numerous examples of bodybuilders, power-lifters, Olympic weight-

lifters, pro football players and professional boxers, and MMA competitors who take performance-enhancing drugs (PED's) such as HGH, testosterone, and anabolic steroids in insane amounts of up to 10-20 times the recommended dosage.

This accounts for so many of the undesirable side effects of these substances, and ultimately led to their banning by sporting commissions and organizations.

But since Sermorelin is considered difficult-to-impossible to overdose with, most athletes shun it.

Therefore, Sermorelin has grown in popularity and is considered as a primary treatment in many Health and Wellness and Anti-Aging clinics, along with other HGH producing medications such as GHRP-6 and GHRP-2, which are often prescribed with Sermorelin to act as a team, with synergistic results.

However, do understand this. Even though Sermorelin and HGH are commonly used by anti-aging clinics, they are not advertised as anti-aging substances.

Instead, they are prescribed as one aspect of a total lifestyle program, which includes exercise, proper nutrition and hydration, supplements, stress reduction, and methods of obtaining adequate sleep.

It is indeed a synergistic approach, where each therapy contributes to the overall health and well-being of the patient.

One Final But Important Consideration

Cost. HGH, while useful, is indeed not cheap. It can run around $1,000 a month, which puts it out of reach for many people. However, Sermorelin can be commonly bought for less than 1/3rd of that cost.

There are several ways to obtain Sermorelin legally. Sermorelin's use has been on the rise, and there are several clinics like The Conscious Evolution Medical Institute of Hormone Therapy that have well-trained, professional staffs to guide you in your use of Sermorelin. To get going, you will need to arrange for a simple physical exam and blood 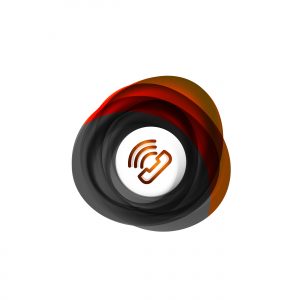 This will allow the hormone physician to make an informed diagnosis, and you can then begin Sermorelin therapy.

The physician will continue to monitor your progress for effectiveness and safety, and reassess your situation and condition periodically, every six months or yearly.

The takeaway? If you have been frustrated in your attempts to obtain HGH replacement therapy, Sermorelin may be the answer you have been looking for. You owe it to yourself to give it a try. 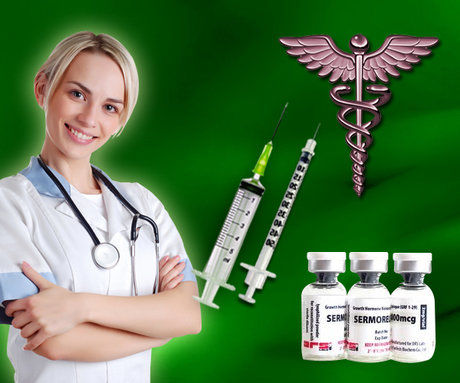