One of the significant issues with Bio-Identical Human Growth Hormone Therapy is that there are inherent risks involved with the use of the treatment, as a result of the way that your body processes Recombinant HGH when Injected.

You see, when you take an HGH Shot, the entire dose is immediately metabolized by your body, in a way that isn't exactly natural.

Your body typically produces Human Growth Hormone in short bursts known as pulses, about 30 per day. These HGH pulses are produced at various times throughout the day, with the most during the last hours of sleep in the 7th and 8th hours of rest. While you are awake as well, HGH is released, mainly when you engage in physical activity and afterward.

Because Injectable HGH Therapy provides the full dose so quickly, there are some issues with sensitization at play.

Furthermore, there is some risk of overdose associated with HGH Therapy, because the body can't regulate HGH as it is absorbed into the body. Recombinant Sermorelin Acetate Therapy mitigates both of these issues, improving the quality of HRT Therapy for HGH Restoration and raising IGF-1 levels.

Sermorelin is a derivative of a naturally-occurring hormone known as GH-RH and has the same function in the body working as a secretagogue. Sermorelin has the same active structure as GH-RH, but with the non-functional bits shaved off (15 amino acid chain 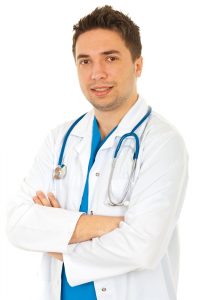 In the end, Sermorelin contains the initial twenty-nine amino acids that comprise natural GH-RH. Sermorelin belongs to a class of molecular products known as secretagogues, meaning that they activate the release of other hormones or substances within the body.

In the same vein, Sermorelin is also called a Human Growth Hormone Stimulator. Because it can convince the pituitary to release natural HGH, it is an excellent tool in the arsenal of adults suffering from Somatopause and Age-Related Growth Hormone Deficiency.

Sermorelin Sublingual and Other HGH Supplements

Unlike other HGH supplements -- HGH pills, Sermorelin sublingual (ineffective), and other products claiming to boost HGH production -- injectable Sermorelin is the real thing and well-regulated by feedback mechanisms, encouraging the body to produce the Human Growth Hormone necessary for optimal function while preventing overdose.

Other products like HGH Injection Therapy actually hinder the normal function of the pituitary. Since you are injecting an outside source of the hormone, the pituitary drastically cuts production to compensate.

However, when one stops HGH injections, the pituitary is said to bounce back.

When Human Growth Hormone Injections are prescribed by a licensed and board-certified Hormone Clinic for the treatment of legitimate HGH Deficiency (diagnosed hypopituitarism), the risk of Growth Hormone Side-Effects is mitigated, but still exists if IGF-1 levels get too elevated.

Symptoms that have been associated with Growth Hormone Therapy include increased cancer risk, risk of heart disease, diabetes, and abnormal tissue, and bone growth (acromegaly).

For the most part, these side effects are associated with taking too much HGH, but Human Growth Hormone has been correlated to the worsening of existing cancers. The structure of optimal HGH Injection Therapy is designed to reduce the risk of side effects, but tachyphylaxis is still a significant concern.

Tachyphylaxis occurs when the body recognizes the abnormal patterns in the presence of a hormone and increases resistance to the hormone as a direct result. Some people get flu-like symptoms when they do too much injectable HGH.

Sermorelin provides two other distinct advantages related, not to the effectiveness of the treatment, but to other variables that make it easier to obtain and more affordable than 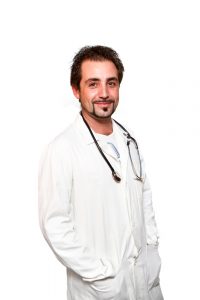 For one, Sermorelin is significantly less expensive by dose than Bio-Identical Human Growth Hormone.

The process by which Sermorelin is created is simpler, and the hormone is much shorter than the HGH Hormone, which reduces cost.

All in all, Sermorelin Therapy, for the same results, costs about 1/3rd as much as Human Growth Hormone Therapy for a three month supply.

The other advantage is that Sermorelin Acetate Therapy is less tightly restricted than Human Growth Hormone Therapy.

Because of the way that HGH Injections are regulated, the treatment is only legally available under particular circumstances for adults — for the treatment of Adult HGH Deficiency and the treatment of AIDS-Associated Cachexia. Sermorelin, on the other hand, can freely be prescribed by a licensed physician if he or she feels it would benefit the patient.

This means that some borderline patients may be able to receive Sermorelin even if they don't qualify for HGH.

HGH is produced in large amounts during exercise and facilitates physical activity. At night, Human Growth Hormone repairs the muscles in a process that preserves and enhances strength.

Sermorelin Therapy can help you work out harder and see the benefits of exercise more clearly. Patients who inject Sermorelin before a workout or before sleep report the best results.

Men and women who use Sermorelin have reported that their ability to build muscle (bodybuilding) is an excellent side effect.

Human Growth Hormone Deficiency is associated with increased odds of experiencing Osteopenia or Osteoporosis. HGH stimulates the recycling and preservation of bone, and as Growth Hormone Levels Decline, the bones start to lose density.

Sermorelin can, like HGH, help to improve bone mineral density.

Sermorelin Therapy simultaneously leads to reduced levels of body fat and increased muscle mass. People with HGH Deficiency are more likely to be overweight and frail for their age.

Men and women with HGH Deficiency are more likely to experience issues with heart disease and atherosclerosis according to some studies. As we age, the arteries harden as a 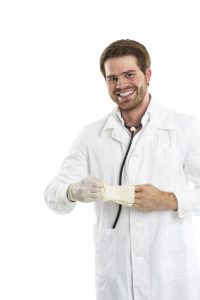 result of plaque deposits on the walls of the arteries.

These plaques are most common among people with poor diet and exercise. Healthy HGH Levels play a role in helping to mitigate these negative changes in cardiovascular health and improve the patient's ability to perform activities that benefit the heart.

Men and women who use Sermorelin shots report an improved cardiovascular capacity for working out with weights or aerobic exercises.

Aside from the effects of HGH upon muscle and bone, Sermorelin also impacts the ability of the body to circulate oxygen and increases the ability to engage in vigorous exercise.

This enhances cardiovascular exercise by helping your lungs and heart keep up with the needs of the active body.

Human Growth Hormone protects and preserves immune health according to some studies. For patients with HGH Deficiency, Sermorelin can bolster the immune system and protect the body from harmful outside influences.

Some patients have reported that they seem to get sick less often and recover from illness much easier with Sermorelin shots.

Sermorelin can strengthen the muscles under the skin and help transport fluid and nutrients among cells to preserve the appearance and function of the skin.

Healthy HGH Levels also play a potent role in sexual health and help to boost and enhance libido. People with HGH Deficiency are less likely to be interested in sex and are more likely to be disappointed in the bedroom.

With Sermorelin Therapy, it is possible to re-ignite the passion in the bedroom and rekindle the romance that you used to have with your partner.

How to Buy Sermorelin

If you are interested in Sermorelin Therapy for Growth Hormone Restoration, our clinic can help you discover if you qualify for treatment.

Just by making a phone call or filling 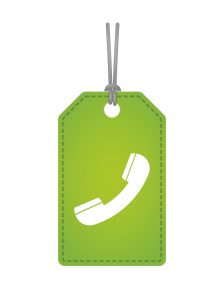 out the contact form on this page, we can get you in touch with a representative that can explain the whole process in detail, and make an appointment with a local medical affiliate in your area that can give you a physical and take a blood sample which will be thoroughly tested for multiple forms of Hormone Imbalance and Deficiency, while also providing you with a snapshot of your overall health and wellness.

We look forward to discussing Hormone Replacement Therapy with you!

Because Sermorelin costs about 1/3rd the cost of HGH injections, it is very affordable for patients. Ask us about the fees of our three and six-month injectable Sermorelin acetate therapy protocols.