Stem Cells Found For The First Time In The Pituitary

Video Download: Stem Cells Found For The First Time In The Pituitary Part 1

Video Stream: Stem Cells Found For The First Time In The Pituitary Part 1

Video Download: Stem Cells Found For The First Time In The Pituitary Part 2

Video Stream: Stem Cells Found For The First Time In The Pituitary Part 2

In a ground-breaking new discovery, Stem Cells have been found within the Pituitary Gland 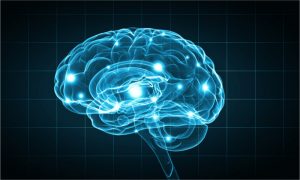 A group of scientific researchers who were under the guidance of the Cold Spring Harbor Laboratory have located stem cells within the brain that were at this point only theorized to exist.

Scientists have deduced that these stem cells are different than the majority of other stem cells in adults, and the stem cells within the mature pituitary gland are also unique from stem cells that develop into the pituitary in the womb.

This new discovery leads researchers to believe that the pituitary gland might even have the ability to alter its function in both adults and adolescents, adapting to traumatic physical and emotional stress as well as regular physiological occurrences such as menopause, puberty, and pregnancy.

The Search for Adult Stem Cells

Sadly, there are many ways in which coming to maturity leads to reduced possibility. As a fertilized zygote continues to undergo cellular division to develop into a complete animal, the majority of the cells go on a continuing path toward specialization, after which, they are intended for one purpose and one purpose only to contribute to the entirety of a living organism.

After the cells have been specialized, they have no method of change classification and help the body in other ways.

For cells like those in the brain, which have minimal ability to reproduce, this is a significant roadblock that prevents the body from recovering from many forms of traumatic brain injury, and the same affliction affects many other organs as well. 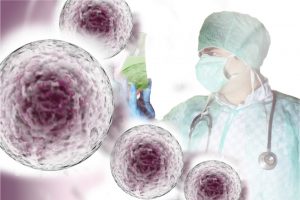 There is one class of cells in the mature body for which these laws of specialization do not apply, however.

These cells are called stem cells. This minority of cells can develop into a large number of different types of cells within the body, and some of these cells can transform into any cell that the human body can generate.

These stem cells, which have a strong ability for diversification, are harvested from embryos, which are only days old, that remain merely clumps of identical or nearly identical cells, which can eventually form a fully grown human being.

Where are Stem Cells Found?

These embryos are generally the result of in vitro fertilization and are provided by physicians and scientists who specialize in fertility treatment. In the process of creating a viable fetus, doctors create some embryos which are feasible to implant within the womb.

The majority of these embryos will not be used, however, and they will otherwise be destroyed if not used for scientific reasons. Although these embryonic stem cells offer a world of opportunity regarding general and regenerative medicine, there is a significant amount of controversy surrounding the procedure by which they are procured.

Some social and religious organizations oppose harvesting these embryos for any purpose other than fertilization because they perceive this as against God's plan. 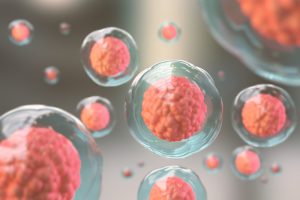 Although these embryonic stem cells are the most effective at cell diversification, there are some other forms of stem cells that do not develop even in adulthood and can provide a lesser, yet still vital, range of possibilities.

Some of these stem cells can mature into one particular kind of cell, developing as older cells grow in age and are unable to perform their function optimally.

Still, others begin to emerge only to supplant tissue that has been damaged or destroyed. These are just the two forms for which we have the most knowledge. Scientists believe that there may be certain types of stem cells which under particular genetic or environmental triggers, play a role in the beginning or propagating cancers.

Although they are of incredible significance, it is incredibly challenging to detect stem cells among the myriad of other cells that make up complex tissue formations.

Some years back, neurological scientist Doctor Grigori Enikolopov and his associates invented a new 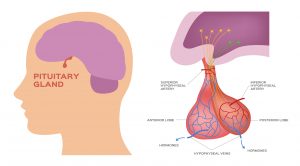 way to locate the stem cells which develop into new brain cells that are hidden in the complex arrangement of brain tissue.

Dr. Enikolopov is a teaching member of the Cold Spring Harbor Laboratory.

Scientists have already learned about a gene which is named Nestin, which is active within the undeveloped stem cells among the neurons.

The team at the Cold Spring Harbor Lab was able to augment the genetic code of laboratory mice to where areas in which Nestin developed in the cells were also programmed to emit a green glow when flashed with UV range light.

These newly engineered mice provided researchers with a critical signpost, which could direct them to stem cells that have persisted into adulthood.

Because of the initial research of Dr. Enikolopov, there are now nearly one hundred other research laboratories worldwide that are using these unique mice to locate stem cells in human beings in the muscle and liver tissues, as well as in follicles of hair and many other forms of tissue. 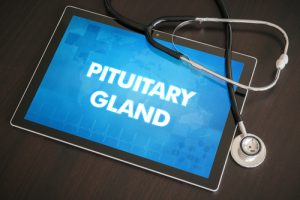 One area where scientists have long theorized that stem cells were either active or dormant was within the pituitary gland.

This pea-sized organ of the brain sits near its base and is responsible for the secretion of numerous hormones that control multiple vital and non-vital processes all around the body and in nearly if not all of its organic tissues.

Mice have a slightly different developmental cycle than human beings, which allows their pituitary glands to be studied more easily.

The pituitary gland develops in the womb, but after birth, the pituitary undergoes a second spurt of growth in which the organ expands quickly and expansively.

It is theorized that this form of expansion may be related to the role of human stem cells, which persist into adulthood.

Dr. Anatoli Gleiberman is a member of the laboratory of M.G. Rosenfeld, and an esteemed pituitary specialist at UC San Diego.

Dr. Gleiberman sought out and made contact with Dr. Enikolopov and the Cold Spring Harbor Laboratory to begin an attempt at collaboration in which the two labs would pool their theories and resources to search for stem cells within the pituitary.

The scientists then utilized the genetically modified mice to identify cells within the frontal lobe of the pituitary, which contains Nestin and could potentially harbor Adult Stem Cells.

This location, known as the anterior pituitary, is where Human Growth Hormone is secreted and is also where scientists had evidence that these stem cells likely were somewhere in this area.

After locating areas that could potentially contain these stem cells, they used other scientific methods to conclude which areas of the pituitary indeed included real adult stem cells.

He also says it is possible to prove that one form of adult stem cell present within the pituitary is a progenitor cell that can grow according to all six evolutionary pathways. Each of these six cells at maturity can produce a different hormone.

A Certain Sort of Stem Cell

Dr. Enikolopov says that the stem cells of the pituitary gland behave differently than those that we have found in most other areas of the body, which imbues them with a particular significance. 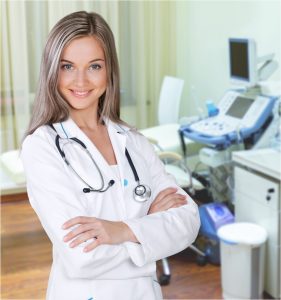 primitive than other adult stem cells, and pituitary stem cells play an active role in development back to the early embryonic stage.

They never repurpose from their initial immature state.

Further study by the Cold Spring Harbor research team provides clear evidence that the pituitary gland did not develop as a result of these stem cells, it merely housed them as the brain expanded around them.

The scientists are confident that their study shows that the pituitary gland of a fully developed mouse has two structurally similar but not entirely identical kinds of cells that produce hormones.

Some of these stem cells form during the embryonic stage, but the second kind of stem cell develops at a much later period.

They also theorize that the two different types of cells located inside the pituitary may grant the gland the ability to react differently depending upon different physiological or mental conditions.

Hormones, HGH, and the Human Psyche

Dr. Enikolopov relates that human hormones play a vital role in controlling the way that humans perceive themselves and their surroundings, and can induce or predispose 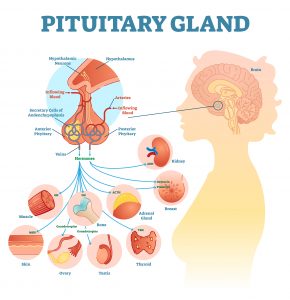 particular emotional and mental states in human beings even without appropriate cultural and environmental triggers.

Dr. Enikolopov is most intimately concerned with how these phenomena affect the development of depression and stress, as this is the central aspect of his academic career.

Dr. Enikolopov says that all of these emotional responses are controlled by the pituitary gland, and if these stem cells can develop in response to specific environmental triggers, it would mean that further growth of the pituitary would have significant psychological and physiological effects on the human mind and body.

The pituitary gland is the primary mediator, which leads to the optimal function and maintenance of the brain and the body. The pituitary, and in particular, Human Growth Hormone, is responsible for the total and complete physiological development of the mind and the body.

Studies of Adult Stem Cells are incredibly crucial to the science of Anti-Aging because these stem cells hold a central key to rehabilitation and healthiness at the cellular level.

Stem Cells are the future of Hormone Replacement Therapy and Genetic Technology, which will potentially allow us to live longer than we ever thought possible.

By unlocking the keys of stem cell biology, which causes them to develop into the many cells within our body, we will one day be able to utilize them in the great fight to extend a happy and healthy life for men and women all across the world.

Dr. Enikolopov is primarily concerned with pituitary stem cells and how they encourage the proper development of Human Growth Hormone and other factors that lead to enhanced mental health.

If we discover how these pituitary stem cells can develop into hormones such as Human Growth Hormone, we may one day be able to take HGH Hormone Replacement therapy one step further.

Rather than merely providing Bio-Identical Human Growth Hormone injections, we may one day be able to spur the growth and rehabilitation of the pituitary, restoring it to more optimal function through the use of stem cells. 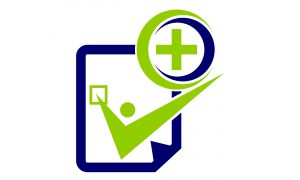 Until then, Human Growth Hormone Replacement Therapy is the best option for HGH Deficiency and symptoms of hypopituitarism.

The Conscious Evolution Institute has a staff of highly qualified physicians and specialists, which provide the highest quality Hormone Replacement Therapies on the market today.

If you would like to know more about Hormone Replacement and how it can enhance your life throughout the aging process, send us an email or call us today. We have specialists standing by who want nothing more than to improve your life!

Scientists find stem cells for the first time in the pituitary 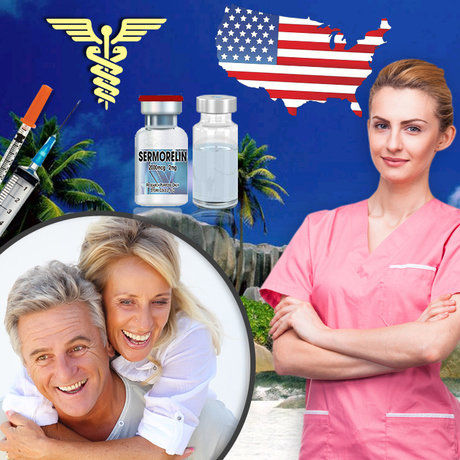