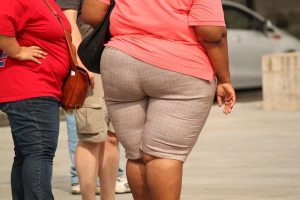 We've all heard the old maxim — Calories In, Calories Out — regarding weight loss. There's a lot of truth to that, of course. How much we eat directly contributes to how much we weigh.

That's not the whole story, though. There are a lot of biological, genetic, and physiological factors at play when it comes to how our bodies maintain, store, and get rid of body fat.

The goal of this article is to inform you of some of the circumstances which complicate this supposedly simple equation.

There is an active genetic component to obesity and weight loss. It's not a total correlation, but there are genetic influences that slow down and speed up our metabolism and our body's ability to readily store or eliminate fat.

This doesn't mean that weight loss is impossible, but that it takes a more conscientious effort to lose weight for some people than it will for others. 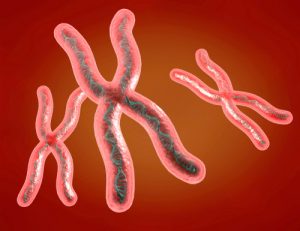 There is no particular “fat” gene, but there are many that relate to the body fat percentage and metabolism.

Some genes make you more likely to cave on your diet or choose unhealthy foods.

Other genes increase hunger and make it harder to experience satiety. Diabetes and insulin resistance also have a strong relationship with genetics.

Others merely prioritize preserving body fat at a higher efficiency than is healthy for the average person with the average American lifestyle.

Recent medical evidence has even shown that genetic influences can also change over time or are impacted by environmental cues.

These influences can even affect the genetics of your children. For example, starvation and intense stress experienced by the parents can alter the genetic activity of the child.

Though we are quickly learning the genetic code of obesity, it's a complex equation that we will be learning more about for generations to come, and we will be able to use that system to further protect men, women, and children from the dangers associated with obesity, type-2 diabetes, and other weight-associated health issues.

A more complex factor in Obesity and weight gain is pollution. There is compelling evidence that breathing in polluted air boosts your obesity risk.

After birth, the offspring were overweight, as well. It appears that inflammation plays an active role in these negative health factors associated with obesity.

The Influence of Inflammation on Obesity 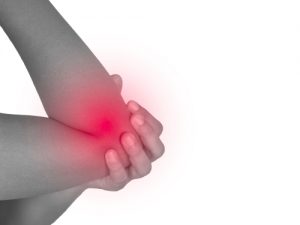 As we mentioned, part of the reason that pollution affects weight appears to be the result of inflammation.

There is a strong correlation between inflammation and body fat. Inflammation makes it easier to gain weight, and losing weight reduces inflammation.

There is clear evidence that people that are obese suffer from more brain and heart disorders, as well as arthritis and joint inflammation.

There is also a higher incidence of C-Reactive Proteins, Cytokines that are a direct precursor for inflammation.

We have some evidence regarding how obesity is worsened by inflammation. Inflammation makes it harder for the body to process and utilize both insulin and leptin.

Insulin helps our bodies get rid of fat and burn energy, while leptin helps us feel full. Beyond this physiological component, inflammation makes it harder to get up and get moving, which is ironic, because exercise is one of the best ways to control both inflammation and obesity.

One scientific way that you can reduce inflammation is to undergo a Food Sensitivity Testing to expose any underlying triggers that you may have in your diet that cause inflammation or make inflammation worse.

Our genes and our bodies aren't the only things that control how we process food. Gut bacteria in the intestines play a role in transforming the foods that we eat and absorbing nutrients.

Our bodies experience mutual symbiosis with certain forms of bacteria. We gain nutrients and experience improved digestive health, and they get to use our digestive system as a host.

There is also evidence that specific gut microbiomes can contribute to obesity, as clearly demonstrated in animal testing. 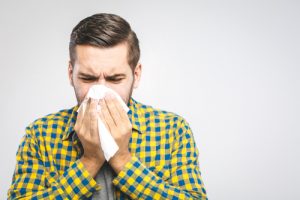 As we mentioned previously, inflammation is a primary contributor to obesity risk.

Under the subset of inflammation are allergies. Allergies are an immune over-reaction to outside stimuli, such as pollen, peanut, and prescription allergies.

People that suffer from diseases such as eczema, allergic rhinitis, and asthma are more likely to experience obesity, as well as those that take antihistamines, one of the most common treatments for allergies.

Food allergies are a definite cause of obesity. Many people have mild food allergies that stimulate a mild allergic reaction while not being severe enough to lead to acute health problems.

For example, it's easy for patients to go years or decades with a lactose- or gluten-intolerance without realizing the root cause of their lack of energy, obesity, or stomach discomfort. 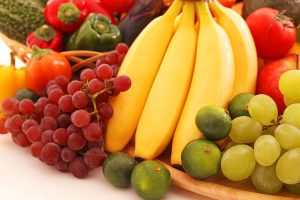 One of the reasons that obesity is so high in the United States is the result of malnutrition.

Many people get enough calories from carbohydrates, sugar, and other sources of macro nutrition, but don't get enough vitamins and minerals from healthy sources, which can cause people to gain weight, or have trouble losing weight even with restricted calorie intake.

There are many issues related to nutrient deficiency that contribute to obesity.

For example, people that don't get enough chromium, magnesium, and Omega-3 Fatty acids are more likely to experience issues with insulin resistance and diabetes. CoQ10 is a central component of mitochondrial function.

If you don't get enough, this directly impairs cellular metabolism. Still, other nutrients such as Magnesium and B-Complex vitamins reduce energy levels, making it harder to exercise or maintain endurance in physical activity.

You may not realize it, but Hormone Balance is one of the most critical aspects of health and wellness, and this is also true when it comes to weight control.

For example, the Thyroid Gland is the control center for human metabolism, and individuals that suffer from Hypothyroidism are at a tremendous disadvantage went it comes to losing weight and keeping it off. Testosterone Deficiency is a common cause of weight gain for men, as Age-Associated Low-T (or Andropause) causes the body to lose muscle mass and metabolism, both of which vastly increase the risk of weight gain and obesity.

Two common causes of Hormone-Related Weight Gain in women are Estrogen Dominance and Polycystic Ovarian Syndrome (PCOS). When Estrogen Levels are high concerning other feminine hormones, this can make it devilishly hard to lose weight and keep it off.

A form of Hormone Imbalance that affects both men and women in high numbers is insulin resistance, which makes it harder for the body to both breakdown body fat deposits and properly utilize energy from carbohydrates.

HGH is the primary modulator of cellular metabolism, meaning that it controls cell replication and division. HGH Deficiency slows down the body's normal physiological processes, which can lead to weight gain, lack of energy, and a variety of other symptoms. 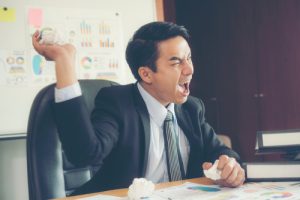 Stress influences the release of two essential hormones, cortisol and adrenaline. Adrenaline motivates the fight-or-flight response, whereas Cortisol is the hormone associated with extended periods of stress.

Cortisol can be a significant problem for people that suffer from chronic anxiety and stress because it both encourages the body to store fat and build inflammation.

Prednisone is a commonly used form of Bio-Identical Cortisol that is a steroid used to treat inflammation and causes the same issues as natural Cortisol.

In fact, monitoring the common side effects of Prednisone (increased diabetes risk and weight gain) is part of the reason that we know so much about the impact of cortisol on the body.

There are many natural ways to control stress, including improved sleeping habits, exercise, yoga, and meditation.

Medications Can Lead to Obesity 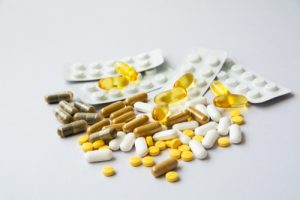 There are a variety of prescription and non-prescription medicines that can affect weight maintenance.

Hypertension medications and statins make it harder to exercise vigorously and contribute to fatigue. Different drugs have different effects on your metabolism, so always talk to your doctor about how your medications may interact with your weight and your metabolism.

Ironically enough, the way that you go about your diet can have a tremendous effect on your ability to burn calories, utterly unrelated to your daily caloric consumption. For example, radical diets suppress your metabolism, and your body quickly reacts by trying to preserve body fat at the expense of muscle mass. The effect of this impacts your long-term weight loss goals in two ways.

First, it makes it much harder to burn body fat. Second, you are more likely to gain all the weight back and more because of impaired basal metabolism.

Muscle burns more calories than fat, and your body will have less muscle mass after a crash diet, meaning that your body will need fewer calories, but you'll start eating the same amount that you did before you lost all the weight.

Remember, the most effective way to lose weight isn't a diet, but a lifestyle change which promotes healthier choices, enhanced self-awareness, and increased activity level without total denial.

The Very Best Way To Lose Weight & Keep It Off