Sermorelin, How Do I Use it Safely?

Video Download: Sermorelin How Do I Use It Safely

Video Stream: Sermorelin How Do I Use It Safely

Sermorelin is an active biological analog of growth hormone-releasing hormone (GHRH) that is produced by the human brain to stimulate production and release of growth hormone by the pituitary gland.

During youth, ample amounts of GHRH are created so that the pituitary can provide the body with sufficient growth hormone to sustain health, vitality, and otherwise typical aspects of form and function.

However, during aging, GHRH declines, causing reduced production and secretion of pituitary HGH and thereby increasing the sequelae of growth hormone insufficiency that erodes health, vigor, and vitality during later life.

Sermorelin is the acetate salt of an imitated synthetic amino acid polypeptide, consisting of the first 29 of 44 amino acids of naturally occurring Human Growth Hormone-releasing hormone (GH-H) in the body.

Sermorelin acetate is the last of the hypothalamic-releasing hormones to be identified and characterized and represents the shortest fragment of GH-RH known to possess the full biological activity of the parent hormone known as Human Growth Hormone-releasing hormone (GH-H).

Sermorelin acetate for injection (GH-RH ) is similar to natural GH-RH concerning its ability to stimulate HGH secretions in humans. 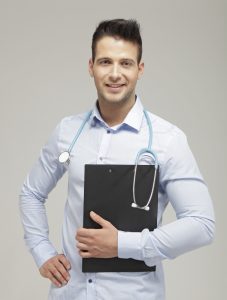 The GH-RH used by the clinic has been studied for 12 years in more than 70 clinical trials in over 2,600 child patients totaling more than 485 patient-years of treatment.

Growth hormone-releasing hormone for injection was approved for use in children by the FDA in 1997 and became available to the clinic in 1998.

It is an experimental clinic treatment with regards to adult patients who are prescribed about half the dose of a small child. Prior clinic approval is required to participate in the adult clinical trial program conducted by the clinic.

This therapy has excellent potential for adults who have a growth hormone deficiency and seek to reverse the effects of aging or treat a medical disorder. A patient who is unsatisfied with the results obtained through GH-GH therapy may elect to be addressed after that with HGH replacement therapy or vice versa.

Typically each bottle of Sermorelin, we have you put 3cc’s (3ml) of the bacteria static water into it.

This is done by tilting the container to a 45-degree angle and allowing the water to drip in from the needle slowly, so there is no foaming, contact us for the specific protocol for mixing the bacteria static water with the sermorelin white powder to create a clear liquid sermorelin which is used for injecting.

Doing a dose of 300mcg a night, you would pull 30 on the insulin needle – this dose would make one bottle last ten days. Thus it would take three bottles to last one month

Doing a dose of 200mcg a night, you would pull 20 on the insulin needle, this dose would last 15 days, and thus, it would take two bottles to last one month.

Prakash A, Goa KL. Sermorelin: a review of its use in the diagnosis and treatment of children with idiopathic growth hormone deficiency. BioDrugs. 1999;12(2):139-157. 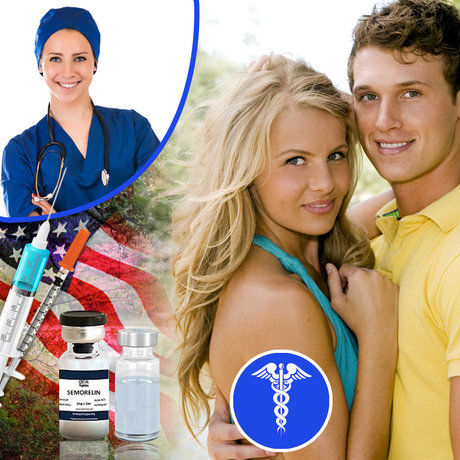