Using Sunlight to Remove Hormones From Our Water 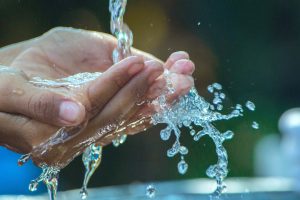 If you didn’t know already, clean drinking water is a precious, precious resource – and we losing more and more of it every day. A lot of our waterways and drinking water sources are contaminated with pollutants such as hormones, microplastics and chemicals. We are using up the water in aquifers at record speed. We definitely need all the help we can get when it comes to purifying and ensuring the cleanliness of our water, especially our drinking water. And guess what? Sunlight is part of the answer.

Video Download: Using Sunlight To Remove Hormones From Our Water

Video Stream: Using Sunlight To Remove Hormones From Our Water

Like we said, hormones are one of the biggest pollutants. Considered a micropollutant, steroid hormones are a worldwide water issue and pose threats to our health and the environment, even when present in small quantities. This is because hormones very easily react and cause biochemical changes in our bodies, as well as other species’ bodies. 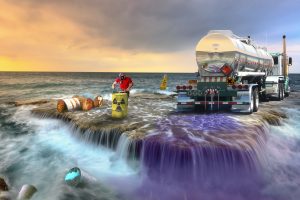 Unfortunately, there hasn’t been a very efficient or sustainable method that easily removes hormones from our drinking water – until now.

Now there is a new chemical process that has been developed by scientists at the Karlsruhe Institute of Technology (KIT) in Germany. The mechanism involves photocatalysis and turns the harmful pollutants into potentially safe oxidation products. Their research and development can be fully read in Applied Catalysis B: Environmental.

Sunlight is important for the chemical reaction of photocatalysis because light is absorbed, and the energy used during the reaction. Thankfully, something like sunlight can be used here as a free energy source for the important chemical reactions taking place. An issue, however, is that steroid hormones are hard to detect, even though we know they are ubiquitous in our drinking water.

Steroid Hormones Cause Biological Damage in Humans and Wildlife

Organic pollutants, including pesticides, pharmaceuticals and hormones contaminate our drinking water and pose significant health risks to humans, the environment and the wildlife. Damage can be done even when the organic pollutants are present at nanoscale concentrations.

The worst offenders in the steroid hormone group are estrone, estradiol, testosterone and progesterone. 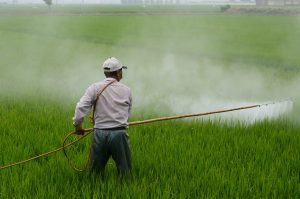 Thankfully, the European Union has set strict minimum quality standards for safe drinking water, but it has made it a challenge for water treatment facilities in recent years.

Because conventional methods are unable to remove micropollutants is why the new technology being developed at KIT is so exciting. They are working on ways to not only detect and measure the amount, but also remove the pollutants.

The photocatalytic process seems to be the way to go. The scientists use a large-pore polymer membrane that is coated with something called porphyrin. Porphyrin contains palladium (a chemical element) and light sensitive molecules that are able to absorb visible radiation, a.k.a. sunlight.

Once the polymer is exposed to sunlight, the sunlight starts a chemical reaction that results in a “singlet oxygen,” which is a highly reactive chemical. Specifically, it reacts with and “attacks” the hormone molecules, converting them into potentially safe oxidation products. The more light-sensitive molecules on the polymer membrane, the more hormone molecules can be “attacked.”

New Technology Can Reduce Concentration of Estradiol by 98 Percent 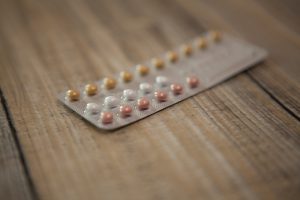 The new technology is able to filter 60-600 liters (L) of water per square meter of membrane in about one hour. The scientists demonstrated the reduction of estradiol (probably the most biologically active steroid hormone) from 100 nanograms (ng) per liter to 2 ng/L (98 percent reduction!).

Shafer also says, “This means that we are already very close to the EU target value of one ng/L.” The scientists plan to improve the process by exploring the use of other metals besides palladium (which is expensive) and to determine the precise amount of light and porphyrin is really needed to be effective and efficient.