Hydraulic Fracturing: Another Environmental Pollutant That Affects Your Testosterone Levels 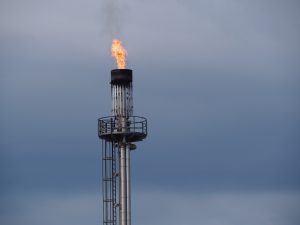 Despite the increase in jobs and the “clean energy” that natural gas extraction has brought us, there have been many skeptics who think pulling this gas out of the ground is too risky for us to do. Not only do the extraction pads deplete and fragment the forest and explosions can kill workers and wildlife but the way the extraction is done can lead to water pollution, with a myriad of harmful chemicals. This polluted water travels into our water systems and drinking water, causing issues such as impotence and fertility problems in men, as evidenced by the study discussed in this article. There are many other concerns with natural gas extraction and its effect on the environment and health of people, but our focus here is its effect on testosterone levels in men.

Another term for natural gas extraction is hydraulic fracturing, which is how the gas is extracted from the rock. The method extracts oil and gas by forcefully injecting water, industrial chemicals (solvents and biocides) and sand into the deep shale rock, creating pressure that causes the rock to crack and release the wanted oil or gas. It is this water/chemical mixture that has been a major concern for many people, especially the ones who live near hydraulic fracturing sites and drink well water.

New research, presented at the Endocrine Society’s annual meeting, focused on how hydraulic fracturing impacts the male reproductive system. The research team focused on testosterone. Initially, the scientists had to identify the key chemicals used in the water/chemical mixture that could possibly have an effect on our hormones, or the endocrine system in general. They zeroed in on the fracking industry in California because the companies in that state are more transparent about what chemicals they use. 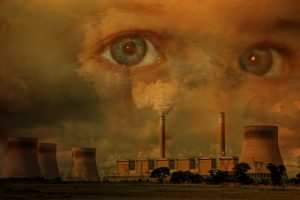 The Connection Between Fracking Pollutants and Hormones

In the study, a two-step process was used to see if there was any connection or correlation between the pollutants from hydraulic fracturing and the sex hormone, testosterone. First, the scientists used a computer program to screen the hundreds of chemicals emitted into the air throughout the fracking process. Out of these 100s of chemicals, only 60 were determined to capable of having an effect on testosterone levels. This was determined by the fact that they were the only chemicals whose molecular structures would be able to chemically bond to male hormone receptors. The others were simply too big to bind. A second program was utilized to filter the 60 chemicals to eventually find five that are able to disrupt the receptors and potentially the entire endocrine system.

After finding the five chemicals of intrigue, the chemicals were tested for their impact on cell cultures, 96 total plates of cell cultures, to be exact. FYI, studying effects on cell cultures tells us more what these effects would do to a developing fetus than to an adult human. A limitation, but at least we can glean some information from the research. And chemical appeared to have a significant disruption.

The chemical is Genapol X-100, a surfactant, or cleaning agent, used in many of California’s fracking operations. Genapol X-100 appears to significantly disrupt male sex hormone receptors. According to lead author, Phum Tachachartvanich, from the University of California at Davis, “...we showed that this compound can disrupt male sex hormone receptors, which is the androgen receptor.”

Unfortunately, we do not know at this time how much of Genapol X-100 turns up in human bodies, who are exposed to the water near fracking sites or are workers on the actual site. They cannot say whether or not fracking is truly harming the male endocrine system or not. However, we do know that any disruption to the androgen receptors can cause infertility, reduced sperm counts and testicular cancer. Low testosterone is also a serious problem for many men, leading to low sex drive and erectile dysfunction, as well as depression. We also know that pollutants from hydraulic fracturing are contaminating the air around drilling sites, exposing the residents and workers nearby and threatening their health. It is also highly suspect that these pollutants are getting into the water supply and impacting not only humans, but aquatic life as well.

Endocrine Disruptors, Like Genapol X-100, Can Cause Permanent Damage to Developing Fetus

The research does definitely show that exposure to Genapol X-100 by a developing baby, especially a a male baby, can have serious consequences. Previous research shows that endocrine disruptors (or EDCs) can permanently damage a child’s reproductive system if exposed in the womb. Developing babies are usually the most sensitive to environmental harms and if a pregnant woman is exposed to EDCs, then the fetus is too.

The exposure could result in the child having only one testicle, or if severe, even undescended testicles. 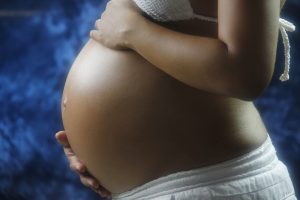 Lead author commented, “One major limitation is that what we’ve seen in vitro—in cell culture—might not be seen in humans, so this is the major limitation from this study. This is just the early stage of the study. You have to do more research to confirm if this chemical exposure can really affect androgen receptors in humans.”

Even though the results of this study are limited, it’s probably a good idea to avoid chemicals like Genapol X-100 as much as possible. If you live near a fracking site, consider getting your water and air tested around your home. The best thing might even be to move! We know that pollutants are getting into the air and we also know that fracking lowers the birth weights of newborns. If you are thinking of starting a family or have a pregnant wife, it’s time to consider whether the potential for exposure is really worth it.

Even if you do not live near a fracking site, it would be a good idea to test your water for any unwanted contaminants, just to be safe. The saying, “your health is wealth” is one to always keep in mind!

Consider getting your testosterone levels checked regularly, especially if you are over the age of 30. It’s super easy to do so! Contact us to get started and have the ease of mind that you are on top of your hormone health. 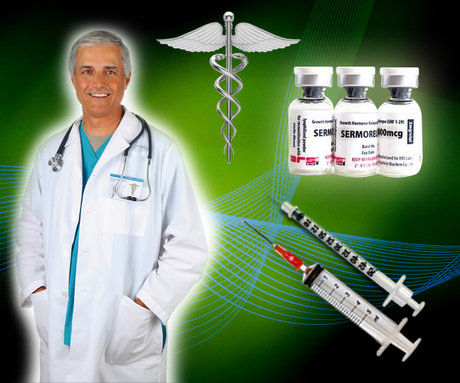